Eugenia involucrata DC. is a Brazilian tree species with economic potential. However, informations on the distribution of its genetic variability are scarce. This knowledge is fundamental knowledge for planning a genetic conservation program. This study aimed to evaluate the genetic structure and gene flow in accessions of E. involucrata by using RAPD markers. Samples were collected from three in situ populations and two ex situ collections located in the Brazilian state of Rio Grande do Sul. Eight Random Amplified Polymorphic DNA (RAPD) primers were used to access the genetic variability. Sixty bands were generated of which 56 were polymorphic. There is low gene flow among the populations (Nm values ranged from 0.2752 to 1.384) which resulted in very high levels of genetic differentiation (FST values ranged from 0.153 to 0.476). The analysis of molecular variance (AMOVA) revealed that the five studied populations/collections are structured in two main groups, and the in situ populations have more genetic diversity (He values ranged from 0.19 to 0.24) in relation to ex situ collections (He values ranged from 0.08 to 0.10). These results will contribute to the advance of conservation programs for the species. 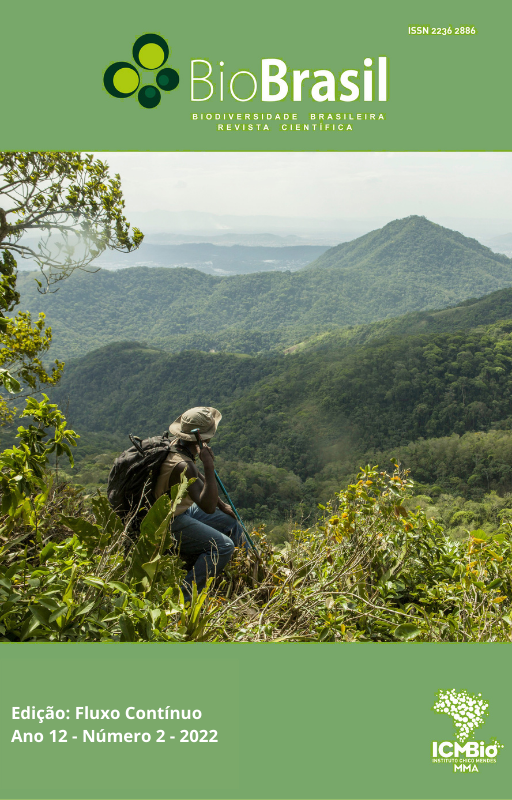